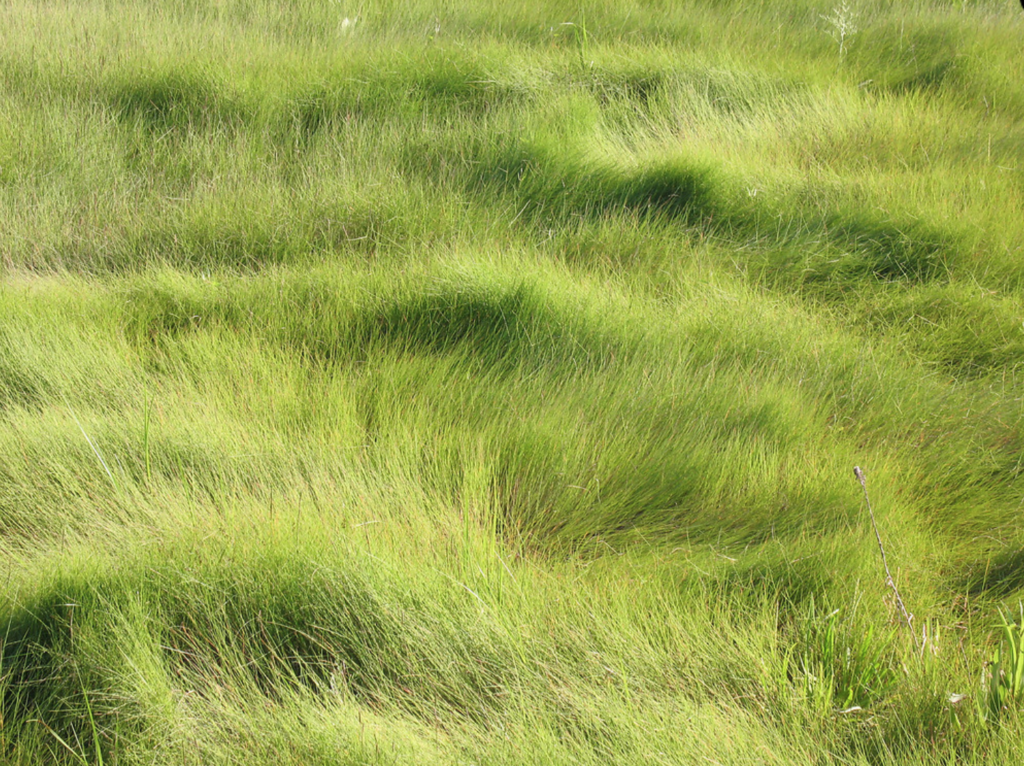 Description: Sporobolus pumilus previously known as Spartina patens is a native perennial grass that grows from 1 to 4 feet tall and spreads extensively by long slender rhizomes. It is easily recognizable by its distinctive cowlick appearance from the tufts of grass that lean against each other in swirl patterns. The rolled leaf blades are typically 1/2 to 1 foot long, and 0.1 to 0.2 inches wide.  Leaf blades are shiny, dark green on the upper surface, and rough with prominent veins on the lower surface. Leaf blades have a thick cuticle and usually are involute, or curled spirally, when fully developed which helps protect the plant from salt spray injury.  Leaves are drooping and wiry in appearance. The flowering of saltmeadow cordgrass ranges from May to October in Florida, which emerges at the end of the stem.

Distribution: S. patens have been observed from the Atlantic shorelines in Newfoundland, Canada to the coastlines of Florida and Texas and as far south as Quintana Roo in Mexico.

Habitat: S. patens are commonly found growing in saline to brackish marshes, sandy beaches and low dunes, tidal flats, and marsh ridges. S. patens dominate the seaward border of the high marsh habitats.  Smooth cordgrass (Spartina alterniflora) dominates the low marsh habitats because it is more able to oxygenate its roots in reduced soils than saltmeadow cordgrass. This grass is adapted to a wide range of soils from coarse sands to silty clay sediments with a pH range of 4.5 to 7.1. S. patens occur where salinity ranges from 1 to 27 ppt (part per thousand), but it will tolerate salinities up to 40 ppt for brief periods.

Wildlife Habitat Use and Value: S. patens provide food and cover to many terrestrial and aquatic species of wildlife including muskrats, rabbits, ducks, mink, otters, and alligators. Under climax conditions, the vegetation becomes too dense for waterfowl but provides homes for a host of songbirds and other wildlife species.

Conservation: Saltmeadow cordgrass is used for shoreline protection and tidal marsh restorations, and is an important species for dissipating wave energy in low topography relief coastlines.