Bay scallops are filter feeders, helping clean the bay’s water. They are an important food source to bay crabs and other species.  And because scallops are extremely sensitive to pollution, they serve as useful “underwater canaries” to signal changes in water quality. 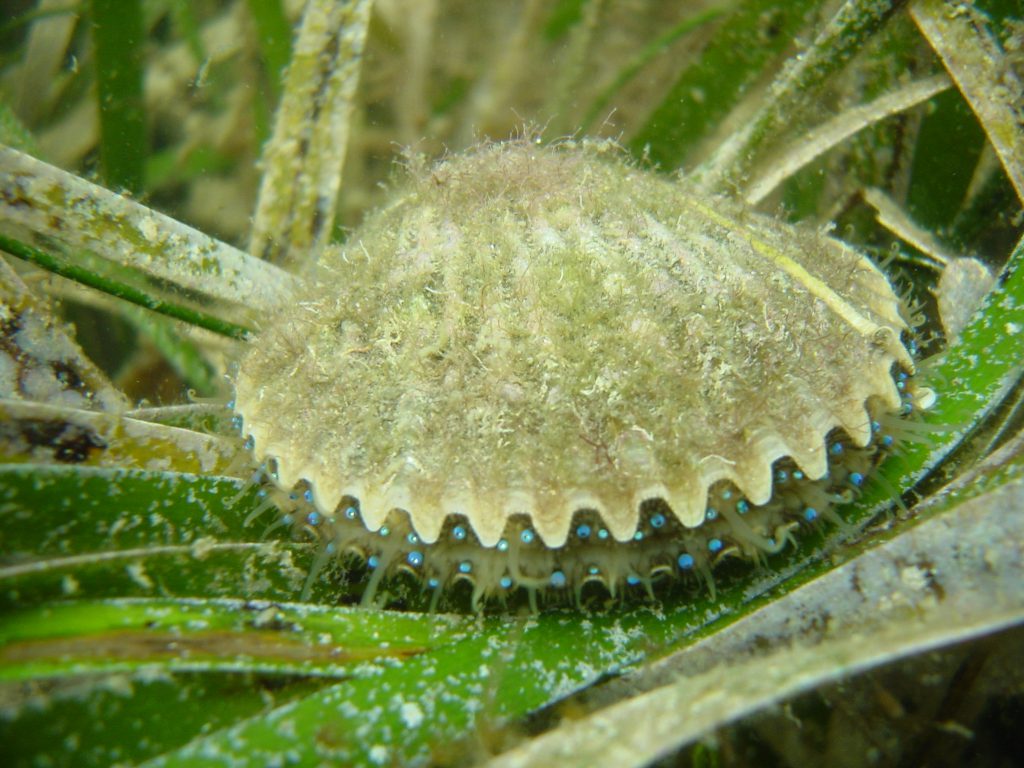 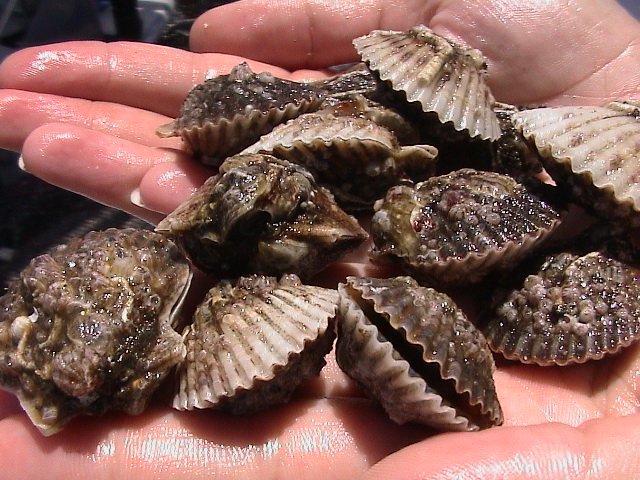 About the bay scallop

The bay scallop (Argopecten irradians) is a member of the shellfish family known as bivalves (for its two halves, or shells), and grows to about two inches in size. An interesting feature of the bay scallop is its ability to filter water. The scallop feeds continuously through its open valves by filtering small particles of algae and organic matter in the water. Scallops also breathe with their valves open and then close them when predators approach or if the water is too silty. Silt, or particles of sediment, can clog and ultimately harm the delicate gills of the scallop. Many tiny blue eyes along the outer rim of the shell detect movement near the animal and function as a warning system.

Factors that may affect the scallop population include red tide, high rainfall, and storms. Bay scallops disappeared from Tampa Bay in the early 1960s when the bay water was hghly polluted from dredging operations and industrial and municipal wastes. Tampa Bay’s water quality and seagrass beds have since improved to levels that will once again support the bay scallop population.

About the Great Bay Scallop Search:

The Great Bay Scallop Search is an annual resource monitoring event held every summer in which Tampa Bay Watch recruits volunteers to snorkel along set transect lines to search for scallops in select areas of Tampa Bay. Volunteers help us monitor and document the status of the bay scallop population. The event fills up quickly every year, with over 200 participants.

Sign up for our weekly E-newsletter to find out when this year’s event is open for registration!

Scallops can swim backward by clapping their valves and expelling water rapidly.

Email Eric Plage with questions about this program: