Seagrass in Tampa Bay
The importance of underwater forests

Seagrasses are flowering plants that live underwater and are mostly found in protected bays and lagoons. They are limited in their depth by water clarity because they require light and they also produce oxygen, similar to plants on the land. 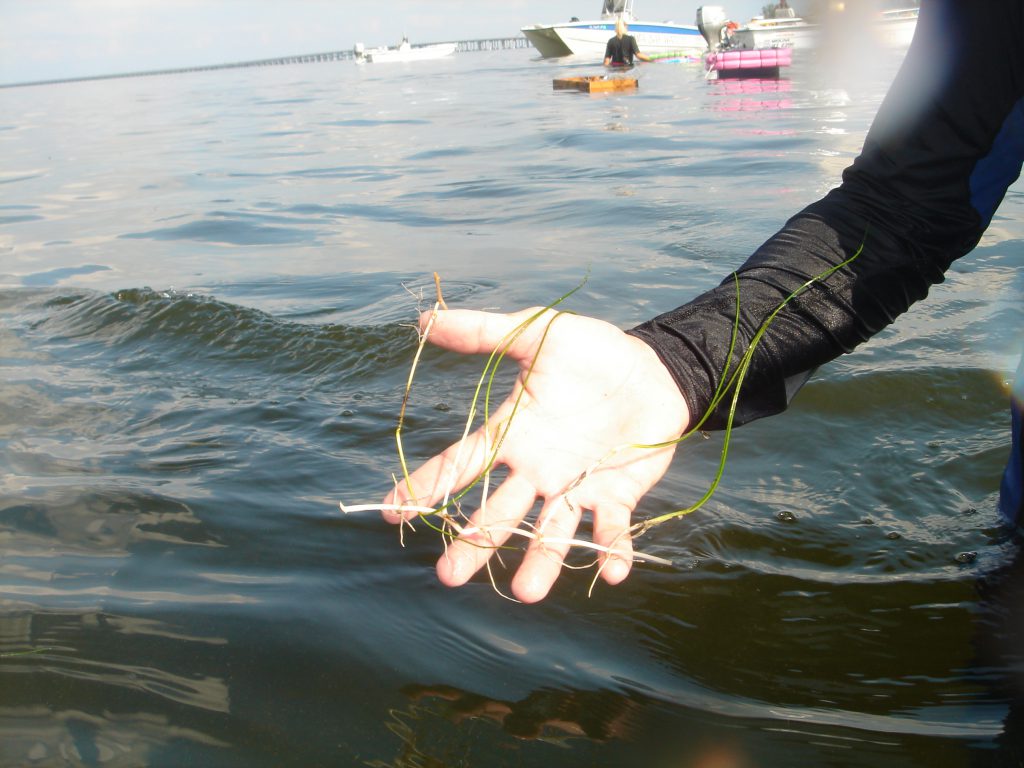 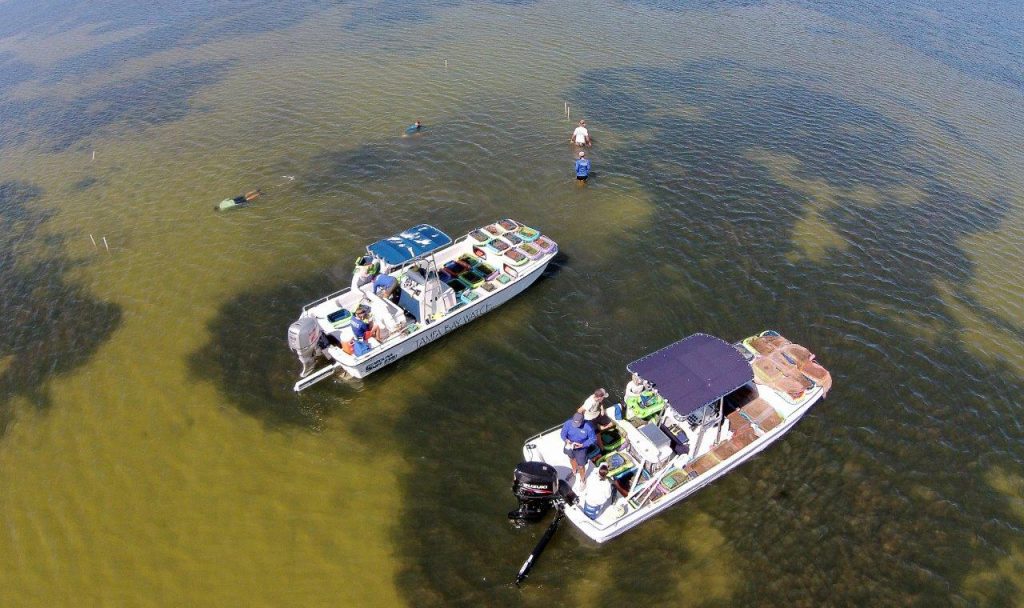 About the seagrass monitoring program

Over the past 100 years, Tampa Bay has lost more than 80% of its seagrass beds due mostly to waste water discharges and dredging for port and residential waterfront development. This loss has severed a crucial link in the bay’s food chain for fish and wildlife resources, causing the collapse of the bay’s scallop and oyster fisheries, and major declines in bait and food shrimp, spotted sea trout, and red drum (redfish).

In Tampa Bay, seagrasses are mostly found along the shoreline fringe, not exceeding much over a 2-meter depth. At one time (late 1800s) it is estimated there were more than 75,000 acres of seagrass in the Tampa Bay, but as mentioned they have been disappearing at an alarming rate. Having reached a low point in 1982 of around 21,500 acres, the seagrass coverage in Tampa Bay has slowly been increasing and today we have nearly 40,295 acres of seagrass beds, an equivalent amount of seagrass measured in the 1950s.. This increase in seagrass coverage is mostly due to bay-wide water quality improvements and reduced dredging and filling along with educational programs aimed at the importance of the beds and responsible boating.

In the publication “Charting the Course for Tampa Bay” by the Tampa Bay Estuary Program (TBEP), several goals for habitat restoration and protection were set. The long-term goal was to increase and preserve the quantity, quality, and diversity of seagrass communities through restoration of 12,350 acres of seagrass and protection of the bay’s existing acreage. In addition, TBEP goals were also set for restoring a balance of wetland and associated upland habitats.

Tampa Bay Watch has implemented several seagrass restoration efforts in Tampa Bay throughout the years. Some examples of these projects include:

Our three species of seagrass in Tampa Bay:

Here in Tampa Bay, three species of seagrasses make up the majority of our habitats. These three species are sometimes found mixed together within one area, but typically they compete with each other and are forced to grow in certain areas and depths.

Email Serra Herndon with questions about this program: